Dysport vs Botox – Get Rid Of Wrinkles

Most of us our familiar with the word “Botox” as it pertains to helping relax the muscles that cause wrinkles such as crows feet, frown lines and forehead lines. But many still aren’t aware that there are other products on the market that essentially do the same thing.

Botox is to wrinkle treatments as Kleenex is to facial tissue. Keeping that in mind, let’s look at another wrinkle treatment product, Dysport, which was approved by the FDA in 2009 and has been used in Europe even longer with an equally effective and safe profile.

Both are both botulinum toxin type A proteins which can be injected into the facial muscles to help relax wrinkles. Dysport achieves the same results except with a quicker onset. For years many patients also felt it lasts a bit longer than Botox.   But it wasn’t until a long awaited 2013 study*, performed by plastic surgeon Dr. Ramtin Kassir, that this claim was affirmed.

Of the 85 patients participating in the study, a higher percentage showed a faster and longer lasting improvement with Dysport.  The results are a clear demonstration of efficacy showing a higher response rates into the 4th and 5th month than compared to Botox.

At Victory Medical Spa, we offer Dysport and also agree with the results of the study.  Majority of our patients also prefer it over Botox.   Even better news is it costs a little bit less.  We are currently offering a summer special of only $9 per unit*.  In addition, you will also receive a $25 mail in rebate back from the manufacturer.

If you are interested in trying Dysport in RI ,call Kim at 401-458-0825 with any questions you may have or to make your appointment.  James A. Gallo, MD performs all the injections at Victory Medical Spa

*The 3:1 ratio has already been figured into the Dysport unit pricing for simplicity when comparing to Botox unit pricing. 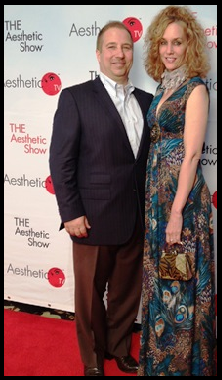